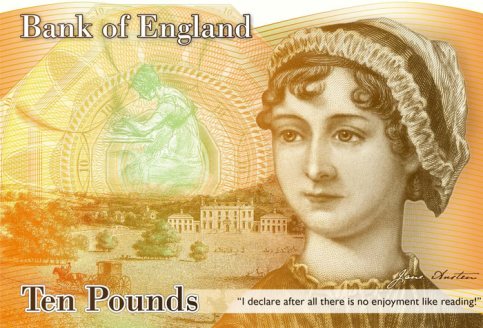 After threats of litigation and a 35,000 signature petition, the Bank of England announced today that Jane Austen will appear on the ten pound note starting in 2017. Caroline Criado-Perez, co-founder of the feminist blog the Women’s Room, started the campaign after the bank of England announced that it would replace prison reformer Elizabeth Fry with Winston Churchill. Fry was the only other woman besides the Queen to appear on British money. Austen will replace Charles Darwin who has been on the ten pound notes since 2000.