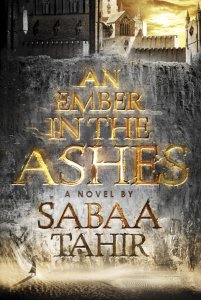 An Ember in the Ashes by Sabaa Tahir

Set in a fantasy world based on ancient Roman culture, An Ember in the Ashes follows the story of two young people caught up in a violent, oppressive world. The novel is narrated through the alternating viewpoints of Elias, trained from a young age to be an elite soldier for the Empire at the exclusive Blackcliff Academy, and Laia, coerced into spying on Blackcliff for the Resistance by becoming a slave. Their stories become intertwined as both get caught up in a much larger political quagmire. Ms. Tahir has a gift for world-building. The world is both rich and dangerous. This well-written tale of conflict and hope was hard to put down. I hope there is a follow-up to this very promising debut from Sabaa Tahir.

2 thoughts on “Book Review – An Ember in the Ashes”