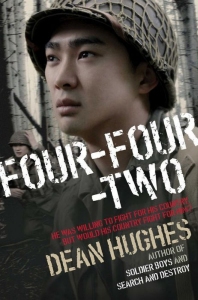 This historical fiction novel tells the story of a young Japanese-American boy, Yuki Nakahara, who enlists in the army after being relocated to an internment camp. Well-researched and accurate in its historical details, Four-Four-Two also does a great job in conveying the emotions surrounding the prejudice Japanese-Americans felt during World War II and the sense of honor that prompted many like Yuki to fight for a country that hated them. Because this book was written for grade 7, the writing feels a little simplistic but the depictions of war are still jarring and convincing. Being fourth generation Japanese-American myself, this book hits closer to home for me than most other readers, but I hope that it reminds younger generations of the injustice of Japanese internment and the bravery of the Japanese-American soldiers.

From the Author’s Note: “The accomplishments of the 100th/442nd Regimental Combat Team were widely known by the end of World War II. But today, most people have no idea that an all-Nisei military unit ever existed, or that its soldiers fought so valiantly. Kathryn Shenkle, from the Center of Military History, United States Department of Defense, described the actions of the Nisei soldiers in a single sentence: The ‘100th Infantry Battalion and the ‘Go For Broke’ 442nd Regimental Combat Team is still the most decorated unit in U.S. military history.'” 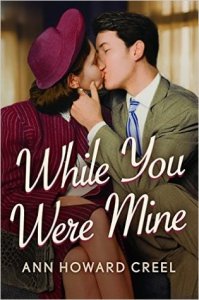 While You Were Mine by Ann Howard Creel

Everyone else was celebrating. V-J Day, 1945. But Gwen Mullen returns to her apartment and her heart drops to the floor. There’s a soldier looking for her and she knows exactly why he has come. Almost a year prior, Gwen’s roommate left her baby in Gwen’s care and took off. Now her husband has returned home and is looking for his wife and child. Gwen is about to lose the little girl she has come to love as her own. Still, Gwen helps John learn to care for his daughter, even though she knows he will eventually take her away. This book has an interesting premise but the execution was slightly lacking. The plot felt choppy and melodramatic. Also, it had a weird shifting voice. The chapters from Gwen’s point of view were in the first person but the chapters from John’s were in the third person. I don’t know what purpose it served other than to be distracting. If Ms. Creel wanted to convey only Gwen’s inner monologue than she should have found a way to convey John’s feelings and actions from Gwen’s point of view. 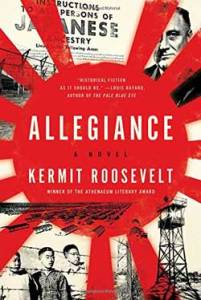 Allegiance is a provocative historical thriller set against the backdrop of World War II and Japanese internment. After Columbia law student Caswell “Cash” Harrison fails his military physical, he is offered the opportunity to clerk for Justice Hugo Black. He and a fellow clerk stumble on a conspiracy to steer the direction of the Court. But, when his friend ends up dead, Cash begins a dangerous mission that leads him from the hallowed marble palace of the Supreme Court to the Department of Justice and an internment camp in California. Being a Japanese American attorney, the premise of this novel definitely intrigued me but it was the excellent writing and narrative that had me struggling to put this book down. The journey that the protagonist, Cash, goes through from young, naïve law clerk to principled seeker of justice is at the heart of what makes this novel laudable. 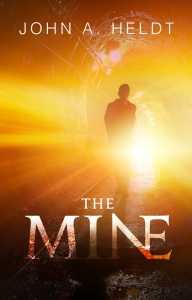 The Mine by John A. Heldt

In “The Mine,” Joel Smith enters an abandoned Montana mine shaft in the year 2000 and ends up in 1941, six months before the start of World War II. Finding himself stuck in the past, he travels back to his hometown of Seattle and tries to make a new life. The action starts off slowly but it picks up toward the end. I particularly enjoyed the climax of the story where Joel has to face the difficult choice of keeping what he has built in 1941 or possibly returning to his own time. Mr. Heldt also paints a lovely picture of the Pacific Northwest and the surrounding scenery. My one complaint would be that, at times, the writing felt anachronistic, which drew me out of the story. I will admit that I probably would not have picked up this book left to my own devices, but, overall, the story was satisfactory. 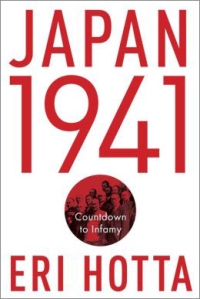 Review: Ms. Hotta’s book on the eight months prior to the Japanese attack on Pearl Harbor is a diplomatic, fact-based account that still does not pull any punches in detailing Japan’s unfortunate decisions leading up to December 8, 1941 (December 7th in Hawaii). It uses primary source documents from government archives and contemporary citizen papers to discuss the Japanese side of the events. Like a tragedy of errors, one hard line decision after another, created a situation in which Japan felt that it had no choice but to start a war that they knew was virtually unwinnable.

“They felt they had to choose between waging a reckless war and giving up all of Japan’s imperialistic conquests of many years in order to stave off war. They tended to ignore that such extreme choices grew directly out of their own recent decisions and actions. As they made more diplomatic missteps and committed themselves to an impracticable war, claiming all the while to be more prepared then they ever were, their range of policy options both at home and with the outside world narrowed considerably. It was as if Tokyo had gotten stuck in the thin end of a funnel. The war option, it must have seemed to those leaders, provided the quickest and surest way of breaking free of that constricting situation. That they didn’t think about what would happen afterward was a tragic act of negligence.”

Those in power had an overconfidence in their alliance with Germany and an ultranationalist view that prevented them from truly negotiating with the U.S. even when it would have resulted in favorable terms. If you have any interest in history and World War II, I recommend this unique take. Ms. Hotta’s writing can be, at times, a little dry but overall it was very informative. 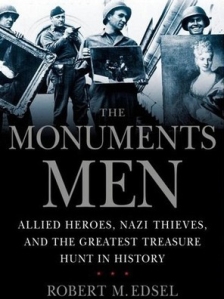 Review: For those of you who haven’t seen the movie, the Monuments Men were a group of Allied soldiers tasked with preserving the cultural history of Europe. They stopped the bombing of churches and other significant architecture and tracked down art and artifacts stolen by the Nazis. The book follows a dozen or so of the original men who built the Monuments Men unit and discovered thousands of stolen art in hidden Nazi caches. The writing was middling but the story itself was inspiring and long overdue for telling. 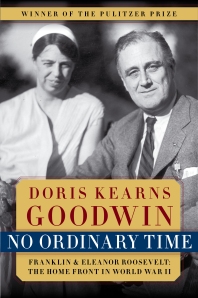 Review: Okay, bad news first. This book is LOOOONG. I felt every bit of the 636 pages of body text. However, the good news is the length makes this book chock-full of goodies about two of the most influential and interesting people of the 20th century. It is extremely well-researched and well-written. Arranged chronologically from 1940-1945, this book touches on all aspects of American life during the war. I can see why Ms. Kearns won a Pulitzer Prize for this effort. So if you can get on board for 600+ pages about Franklin and Eleanor Roosevelt and World War II, I recommend this book. 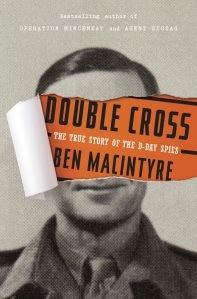 Double Cross: The True Story of the D-Day Spies by Ben Macintyre

Review: My biggest complaint was the excess of exposition. I don’t think it was necessary to express so much detail about the ramp up to D-day and who and what each double agent was doing for years. I’m sure it was a matter of having the information and wanting to include a full picture but in terms of a good story, I think Mr. Macintyre should have gone straight to the action which was infinitely more interesting. Definitely a case of truth being stranger than fiction and some of it was just down-right ludicrous. A motley crew of non-military individuals completely duped the entire German military intelligence network all the way to Hitler and in doing so, saved thousands of lives and most likely helped ensure the success of the one of largest amphibious assaults in history, not to mention the Allied victory in Europe.